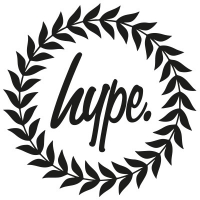 Established in 2011, HYPE. began as a self-funded project, designing printed clothing and accessories. After winning a t-shirt printing competition, HYPE. had its first batch of stock, which sold out in a matter of hours. With the use of social networking, HYPE. quickly developed into something that could no longer be tamed from the single room it was created in. Within Months, HYPE. had started to evolve into one of the UK’s most recognisable brands. Housing itself in the heart of the Midlands taking on a new premises in Leicester, overlooking design, production and more in-house. The HYPE flagship store opened in London in the summer of 2013, and Taiwan in 2016 and can now be found stocked in a huge number of stores worldwide. What started with a simple script over a floral print t-shirt and a tongue and cheek lighter has snowballed into what HYPE. is today.

It can take a few days for your bitcoin rewards to appear in your BEHODL account.
Make sure you disable any ad blockers and accept any cookie consent notices.
ShopShop